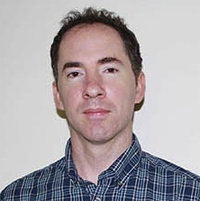 Michael O’Sullivan is an academic and writer based in Hong Kong. He is a professor in the department of English at the Chinese University of Hong Kong. He has published 15 books and works broadly in the humanities, focusing on comparative literature, education and inequality and intercultural humanities. He is also a creative writer. His poems and essays have appeared in Cha, Voice and Verse, Hong Kong 20/20: Reflections on a borrowed place and his first novel will appear in 2021.

Some of his recent books include Cloneliness: on the reproduction of loneliness (Bloomsbury); The Humanities and the Irish University (Manchester University Press); Weakness: a literary and philosophical history (Bloomsbury); The Incarnation of Language: Joyce, Proust and a philosophy of the flesh (Continuum); Michel Henry: Incarnation, Barbarism, and Belief (Peter Lang); Affecting Irishness: Negotiating Cultural Identity within and beyond the Nation (Peter Lang). He has also published widely on literature and related fields in such journals as Parallax, Mosaic, Textual Practice and Nottingham French Studies.

He has convened (with colleagues) a number of international conferences, including Affecting Irishness (Trinity College, Dublin, 2004), an international Beckett conference at the National University of Ireland, Cork, in 2006, and "The Future of English in Asia" held at the Chinese University of Hong Kong in 2013.