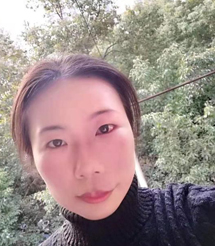 
Title of Dissertation:
Shakespeare and Contemporary Asian: the Rewriting and Adaptation of Macbeth in China and Japan

The adaptation of Shakespeare's plays is an important force in the development of modern drama and the rejuvenation of traditional theatre forms in China and Japan. It is also a significant venue where cultural values are negotiated, sparkling dialogues between Asia and the West since nineteenth century as well as driving the emerging power of intra-Asian cultural synergy.